Today I rode my bike. This was the 1st time in months that I got time in the saddle so this felt like a huge accomplishment! I seem to have found some motivation to start training again. That motivation is a late season race. I'll let you know what that race is if I'm able to continue training consistently.

I weighed in at 234 pounds this morning. My goal is to be back to 197 by my first triathlon in the spring.
Posted by Podium quest at 7:58 PM No comments: Links to this post

the Eagle In The Sun triathlon

Man have I packed on some weight. I'm currently just shy of 240. I haven't been this big in a long time. Early in the triathlon season I had registered for the Eagle In The Sun triathlon, that race is this weekend. I am petrified of going. I haven't trained in a few months, but that wouldn't be a problem, I know I could gut check the race. I'm embarrassed, petrified of racing this weekend because of my weight. Everyone who knows me knows me as an in shape and fast guy. I'm everything BUT those things now. I don't feel like racing, I'm afraid people will say to each other, "what the hell happened to him?" I don't want that. I'm going to show up and race anyways. I need to find something to get me back on track with my weight and motivate me to start training again. I'll be back to 300 pounds in no time if I don't do something quick.
Posted by Podium quest at 5:45 AM 1 comment: Links to this post

my son Cody's 1st triathlon and 1st day of kindergarten

On Sunday 8-19-12 my son Cody completed his 1st triathlon in Los Alamos NM. He was in the 5-6 AG which consisted of a 1/4 Mile Bike / 100 Yard Run / and 25 Yard Swim. He was fearless, acted like he'd done dozens of triathlons before! Even though he was the youngest in his division he was the fastest on his bike, see video below. 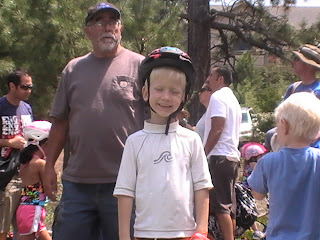 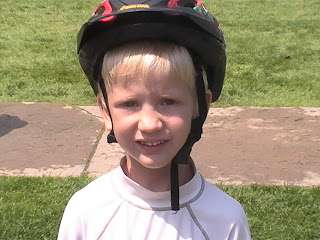 On 8-20-12 Cody had his 1st day of kindergarten. Again, he was fearless. Without any prompting from my wife or I he dropped off his back pack, 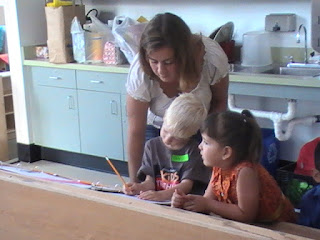 signed himself in, spelling his name perfectly! 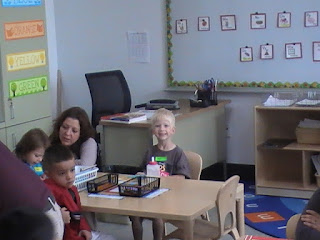 and found his seat with his name on it. No tears what so ever from my son, that's not the case with my wife though! My wife cried all the way to school. She cried on our way home. And she cried for another 20 minutes once we got home. She loves her boy, she's an amazing and very worried mother.

Posted by Podium quest at 11:49 AM No comments: Links to this post 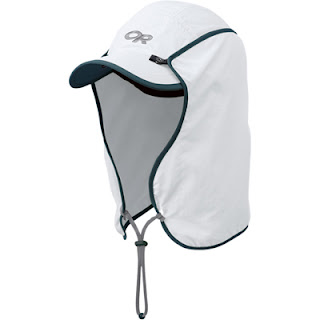 Today I had my first precancerous growth removed. It was a growth on my cheek that looked like a scab. It's been there for at least a year and a half. I had no idea what it was until my Dr saw it and asked about it. Thank goodness for Dr Jay Jakobi! My Dad has had skin cancer 6 times, and I have the same skin tone as him. I guess spending the last 8 years running and biking outside without using sun screen or running caps was stupid. I'm ordering the runners cap pictured above, $19.95 off of Ebay. From here on out it's sun block and running caps for me every workout.

I've taken almost a month off from training. Some of my training burn out is gone, hopefully I'm able to fing the motivation to start working out again, my trunk has become quite capacious.
Posted by Podium quest at 11:59 PM No comments: Links to this post

My wife has been trying to convince me to get a vasectomy for a couple years now. I've been stead fast in my refusal. Early in the 2012 triathlon season my wife told me that if I got a vasectomy she'd agree to let me race all the sprint and Oly triathlons I wanted and they'd be paid for with family money. My response...."DONE!!!" Monday is the consultation.

My wife recorded the conversation when I broke the news that my babies wont be having anymore brothers or sisters. They seemed to handle it well.
Posted by Podium quest at 10:22 AM 2 comments: Links to this post

interesting vs. proper, a comparison in budding relationships

A friend of mine pointed me to a web site that had a great story (http://hahasforhoohas.com/the-fart-that-almost-altered-my-destiny/) about a date she had with her future husband. I found it hilarious and it reminded me of the beginning of my wife and my relationship.

On the first date with my wife I had a severe 3rd degree burn on the upper inside of my thigh that was becoming infected so I walked funny (caused by super heated cake icing, liquefied plastic, and melted polyester, but that's another story), I drank from her glass without asking or apologizing, I had to push start my Suzuki Samurai, and I called her the wrong name.

On our 3rd date I ripped a nasty heart stopping fart in my Suzuki Samurai but I didn't roll down the windows for her;-), then I ripped another one on the same date in a crowded theatre with her cuddling so sweetly on my shoulder.

A month into us dating I bounced some checks at the bank she worked at and went to her to have her fix it.

Then a bit later I accidentally caused her to get 2nd degree burns on her face, chest, and legs resulting in severe sun poisoning, and oozing of reddish fluid from popping blisters.

She still married me, apparently it's much more attractive to be interesting than it is to be proper or normal.
Posted by Podium quest at 8:08 AM 2 comments: Links to this post