bonking at the weight room

Yesterday i ran it of energy half way through my workout. I crashed hard. In triathlon we call that bonking. I took a double latte Power Gel which  usually helps me finish my workouts no matter how tired i get. I had ate well before the workout, slept well, etc. i can't think of any reason for it to  happened. The rest of the day i felt sluggish and worn out. Interesting. I'm not sure what happened.

I'm hoping that I'll qualify for national championships by end if this year. To ensure this happens I'll be working less hours, sleeping more,  and taking creatine.
Posted by Podium quest at 2:18 PM No comments: Links to this post 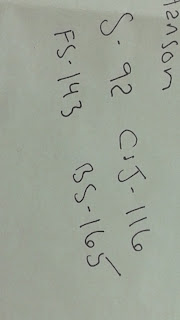 After working 80-90 hour work weeks since 2006 I've finally got my families finances to the point where i can slow down a bit on overtime. Barring a vehicle breakdown or some other financial calamity i should only have to work 50-60 hour work weeks from here on out.  Perfect timing with me being so close to qualifying for the national championships. I'll be training extra hard and will need the extra time for rest and recovery.
Posted by Podium quest at 6:00 AM No comments: Links to this post

On Sunday July 19th 2015 i competed in the New Mexico games weightlifting meet. On Monday night of the 13th i got sick and was sick the rest of week. It wasn't  until the night before the meet that i felt well enough to get off the couch. The good news about being sick all week was i lost a few pounds, the bad news was i lost a bunch of strength. i weighed in at 131k, the third lowest I've ever weighed at a weightlifting meet.

The loss of strength was apparent during my warm up. My form was off too. Coach Shane was concerned enough to lower my openering lifts.

My first lift was a 79k snatch. I over pulled and i almost dropped it, i was able to recover. Barely. Good lift.

The third snatch was going to be a state record lift of 87k. i didn't finish the pull so the weight almost fell forward. As i was standing up i had to chase it forward. I was about 2 feet from the end of the platform before i was able to get under the bar and secure the lift. The middle judge raised his hands in fear, afraid the weight and i was going to fall on him. Despite scaring the judge i got three white lights, good lift.

I made the first clean and jerk of 99k, but it felt awkward. My form was crap. I dropped my 2nd clean and jerk of 104k. I don't think it was that i lacked the strength,  i think because of the illness it was taking me longer to recover from the lift before. Coach Miller could tell i was tired and needed some extra recovery time so he changed my next lift to 105 so i could have an extra couple of lifters between me and my next lift. I told coach i'd already totalled and secured 1st place in  my division, i still felt strong, with the extra recovery time i was certain i could successfully lift another state record of 108k. Coach Shane's eyes almost popped out of his head when i asked for 108k, "you missed 104k & want to go up to 108k? That goes against every rule I have.... if you miss this....." he changed my next lift to 108k but he wasn't happy about it. The extra rest helped a ton. I nailed the lift! I was so happy i stood there on the platform and yelled "YEAH!".

I took 1st place in my division  and became state champion for the 2nd year in a row,  i also set three state records.

The next goal is to qualify for the national championships. I'll need to get a 207k total. Right now I'm 12k short of 207k.
Posted by Podium quest at 2:44 PM 1 comment: Links to this post

My wife's family bought my wife a couples message for her birthday. She and i had a the massage on Monday. I thought that was perfect timing because I have a weightlifting meet this Sunday. I figured the massage would help me recover and taper. Instead of helping me,  3-4 hours after the massage i became sick. It was the exact same thing that happened last time i got a massage. Same symptoms and time frame. I'm trying to figure out if it's the massage that's making me sick or if I'm over training. The next time I get a massage I'm not going to get it during my taper. I don't know, can a massage cause a person to get sick?

The  week before last my wife and i did our budget,  but we neglected to factor in that our kids are home for summer break so we'd be going through a lot more food. By Thursday the following week we were out of food. That day was my last heavy day to determine what weights I'd be attempting at the New Mexico games weightlifting meet. Even though i hadn't eaten i still lifted a 85/105. After every lift I'd see spots and get light headed. Apparently eating  before lifting is important. Who knew? Haha.
Posted by Podium quest at 2:05 PM No comments: Links to this post

Out of 5 training cycles I'd become sick at the end of all 5. That was a sure sign of overtraining. This training cycle i've decreased the number of days I'm working out a week. Its worked perfectly. I haven't become sick  once.

On Sunday Barry Schroeder showed up to train at The Miller Gym the same time i did.  That was great motivation! I trained harder and took less recovery between sets that I'm used to. The next day i was so sore! For those of you who haven't read my blog one of my goals in life is to loose enough weight to be in his weight class and beat Barry in a weightlifting meet. When i set this goal I needed to loose 106 pounds. I still need to loose 83. Even if I'm able to loose that much weight, getting strong enough to beat him is another thing. His PR's are 105/125/230.  He knows my goal is to beat him, yet he still is constantly helping me. Sometimes it's weightlifting advise, diet advise, or just moral support. Needless to say, he's one of the nicest and most supportive people I've ever had the pleasure of training with.

powerlifting weekend excursion for the boys

Last year my buddy and i were planning on going to an out of town NASA powerlifting competition  but i wasn't able to get time off from work. I requested the time off from work this year for a meet on December 5th 2015 in Roswell New Mexico and was approved. I looked up the New Mexico NASA records for my age and weight and it was crazy how many different categories there were! The weight classes are in pounds, the records are in kilos.i know,  very confusing. But here they are in all its baffling glory:

On December I'll be 40, so i can compete in the
1)Masters 1 division
2)masters pure division
3):and if they let correctional officers compete in the police/firefighter division i could also compete in that.

In each of those divisions i could compete in the following divisions:
1) power sports & power press/clean
-unequppied records
2) unequiped division and retro
3) eq'd & uneq'd push/pull

Police/firefighter
Power sports
242lb
Curl none
Bench- none
Deadlift- none

Posted by Podium quest at 6:42 PM No comments: Links to this post

Today i had a break through on my snatch form. My strength is still low from the 7 weeks off from training. But thanks to the breakthrough on my form i hit an 84k snatch. That's less than i was lifting in April, but I'll get back to my old numbers eventually.

I've been working 12-16 hours every day since June 6th. My first day off will be July 6th. That's over a month of 92 hour work weeks. Obviously exhaustion has a lot to do with my strength returning so slowly. My wife is pushing for me to work a lot of overtime so we can get enough of a down payment for a new home so that we can move. At first i was willing, but now I'm having 2nd thoughts. I've been working 80-90 hour work weeks non-stop since 2006. I'm tired. I'd like to have a normal life, more time with the kids, and more sleep. I know my wife wants to move off prison grounds and move back to Albuquerque so she can be closer to her parents, but I'm happy where we're at. I really enjoy my career, i like living on prison grounds, i enjoy living in Santa Fe more than I've ever enjoyed living anywhere else, i love the church we go to, and I love weightlifting at the Miller Gym. If we moved to Albuquerque all that would change. I'm not sure i want to change things. With the exception of the amount of hours I've been asked to work I've never been this happy. Where I'm at now is where I'm happiest, why kill myself to leave?

I have two workout buddies, Kevin Y. and Heather,  who were incuraging me to start logging my food on My Fitness pal. Logging my food is helping my diet a lot. I've gone 27 days without binge eating. That's getting pretty close to the longest I've gone without destructive eating since i fell off the wagon back in 2012.  I've lost a little weight, 10 pounds or so. But this time my goal isn't to lose weight.  It's just to eat relatively healthy and avoid binge eating. Losing some weight this month is probably another reason my strength is rebounding so slowly. Haha, that's a tough one: lose weight and look better and be healthier or be strong?
Posted by Podium quest at 5:12 PM No comments: Links to this post