I have 2 goals I'd like to shoot for this year:

1) take top 3 in both the New Mexico Open Water Series and The South West Challenge Series. This goal will take a minimum of 10 multisport races, but may take as many as 16. I'm excited about attempting to place in 2 series in the same year. I've placed top 3 in The South West Challenge Series 7 years in a row, but trying to balance two series simultaneously will be quite the challenge indeed!

2) My 2nd goal is to get down to 220 pounds. This goal will be harder for me then racing an average of twice a month for an entire year. Food sucks.... well in all honesty, I guess food ROCKS! Which is why it sucks. I love food- no I hate it! But I love it..... I hate to love it! My relationship is with food is kind of like a fresh baked bear claw. Sweet, comforting, and kinda warm deep inside, but all twisted up and slippery. 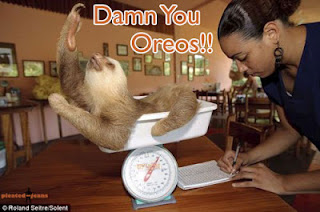 My current weight is 250. I only have 30 pounds to lose to reach my goal. It's really not that much to drop in a year. I've lost 120 pounds before and kept the weight off for a year and a half, but right now losing 30 pounds feels virtually impossible. Honestly, it feels like I'd be more capable of a successful jump across the Grand Canyon with ankle weights on.

Posted by Podium quest at 6:00 AM 4 comments: Links to this post

Since I'm planning on competing in the Chasing 3 New Mexico Open Water Series in 2013 I thought I'd post who the winners in 2012 were. I noticed Matt Gonzales placed 1st in the Open Water Series 25-29 AG and also 2nd place in the South West Challenge Series 25-29 in 2012, he completed a total of 11 races between the 2 series. Very impressive.

I highlighted my division in yellow

Posted by Podium quest at 9:21 AM No comments: Links to this post

Since my favorite bike shop, Frankie Flats went out of business late last year I've been searching for a  bike shop to do business with. The owners of my old bike shop suggested I go to The Broken Spoke here in Santa Fe NM. Earlier this week the battery to my bikes computer died. It would have been an easy fix for me to do, but this was the perfect opportunity to see if this shop was honest and reasonably priced.

The last bike shop I went to was Charlies bike shop and asked them to do a small swap of components. When I went to pick up my bike from Charlies they doubled the amount they had quoted me, refused to give me my old equipment back, and even stole my drivers licence.

At the Broken Spoke my bike was ready for me to pick up the day after I dropped it off. The fees were fair and they were super friendly. They even put new zip ties on my rear transmitter at no charge. Looks like I've found myself a new bike shop!
Posted by Podium quest at 3:14 PM No comments: Links to this post

I had been waiting for the South West Challenge Series to come out with their schedule before I decided what my race schedule for 2013 would be, but I haven't heard anything from the SWCS since November. Not only have they not posted their 2013 schedule, or the 2013 points standings for the 2 races that have been held thus far, but they also haven't even had their awards ceremony for the 2012 top 3 age group and division athletes. I became anxious and decided to build my 2013 race plan based off of what race info is currently out. The Chasing 3 New Mexico Open Water series has had their schedule out for over a month, so it looks like for the 1st time in 8 years of racing I wont be competing in the South West Challenge Series, I'll be competing in the Chasing 3 New Mexico Open Water series instead. 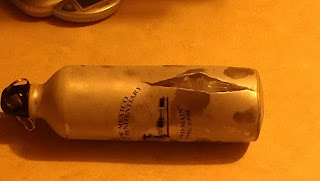 A cold front has been hovering over New Mexico. It got so cold in the level 5 tower last night that my water bottle froze and exploded before I had a chance to drink it.
Posted by Podium quest at 6:52 AM No comments: Links to this post

Since starting CrossFit I figured out pretty quickly what I'm weak at and what my strengths are. What I'm best at is my upper body strength, which is surprising because I haven't done any upper body strength training since 2004. My weaknesses are many, but the three that I need to work on the most are my body weight bearing exercises such as burpees, push ups, pull ups, etc., my cardio, and my leg strength. During most of my CrossFit workouts I end up gassed out long before I reach muscle failure- the exception is when I'm doing strength bearing exercises, or a strength workout on the legs.

Since starting CrossFit a couple weeks ago I've already doubled the amount of push ups I can do. But I still need to improve a lot.

Yesterday I finished the WOD in last place out of everyone in the class, but I'm getting better quickly, and I'm finally eating well again. Yesterday after my CrossFit workout I rode the indoor bike rollers for 55 minutes while watching the biggest loser. I love that show. The 55 minute bike was rough. The Missile Man Duathlon at White Sands Missile Range on February 2nd is going to kick my butt! Hopefully there wont be many Clydesdale open division athletes showing up, because I'm in sad shape. This is the least fit and most overweight I've been in since picking up triathlon back in 2004.
Posted by Podium quest at 6:00 AM 2 comments: Links to this post

an enviroment to succeed


Last nights CrossFit workout was brutal! I'm not sure if its because I didn't do anything physical during my week long anniversary trip to Sedona AZ with my wife and I lost fitness, or if its because I put on more weight- I'm tipping the scaling at a whopping 254 pounds now. Whatever the reason was, at the half way point of the workout I was exhausted, cramping up, shaking, and was seriously doubting if I'd be able to finish. I did end up finishing, but my time was HORRIBLE! After the workout I just laid there on the floor of the gym. I was too exhausted and... well.... embarrassed of my performance to get up. Within moments of finishing my pathetic workout a couple people came up to me and told me, "way to finish strong." And "way to push through iť". It's amazing how a few words of encouragement can change my perspective. I had been hurting beyond belief but still finished every rep and set of the WOD (workout of the day) when others may have quit.

After I recovered I noticed that when the other athletes in the gym were finished, they didn't leave until everyone else had also completed their workout.

As I was leaving, my chin held a just a little bit higher in spite of my poor workout at least 5 people yelled farewell to me. Zia CrossFit is like no gym I've ever been to before. It's more like a community. Iť wasn't until last night that I realized why every single person in that gym is in such great shape and looks so good: its virtually impossible not to succeed in an environment like that.
Posted by Podium quest at 3:22 AM No comments: Links to this post

Changes to the Clydesdale and Athena divisions

USAT has changed the minimum weight of the Clydesdale and Athena triathlon and duathlon divisions. I copied and pasted this from the USAT website:

Weight Class Division - In events where a weight class division is offered, the minimum weight shall be 220 pounds for men and 165 pounds for women, monitored by the event organizer. The weight class age categories for men and women shall be 39 years of age and under and 40 years of age and over. Participants are not eligible to compete in a weight class division and in an age group division at the same event.
Posted by Podium quest at 6:39 AM No comments: Links to this post