In a couple days of eating low carb I've dropped from 316 pounds to 309.6 pounds. I've been sick since Saturday, so I'm sure some of my weight loss has to do with being ill. But still, I'll gladly take losing 7 pounds no matter what the reason.

We're moving into our new home tomorrow. Apparently moving the weekend of good Friday and Easter is a bad time to move. All but a couple of friends have bailed out of helping us. Moving sucks. Packing and moving an entire house of five people with only three helpers sucks much worse.
Posted by Podium quest at 12:16 PM No comments: Links to this post

Since Valentines day I gained all the weight back I had lost using a nutrition coach. I'm back up to 313.4 pounds. My body has always responded well to low carb diets. I usually feel great while I'm on them. The only problem I've ran into is that I struggle to finish weightlifting workouts when going low carb. The last time I played around with low carb I found that if I ate rice before my workout and drank Gatorade during my workout then I'd have the energy to finish the weightlifting workouts. The carbs before and during training didn't slow my weight loss much at all.

So, today is my first day back on a low carb diet. I'll report all things low carb, weight loss, and weightlifting here as I experience them
Posted by Podium quest at 9:34 AM No comments: Links to this post

From October through February I was motivated to eat right and lose weight. After 4 months I gave up.

I'm really regretting my decision to stop dieting. I've gained 16 pounds since then and I feel like crap.

Posted by Podium quest at 1:00 AM No comments: Links to this post

On March 12th 2016 I competed in the HDAC Spring Break Invitational Weightlifting meet. I decided to do this meet last minute,  so I didn't taper. Even without a taper I knew I was much stronger than I was at my last weightlifting meet thanks to having worked with a nutrition coach from Oct-Feb. But during the last 18 months or so I haven't been able to conect any of my strength or speed increases to any decent lifts at meets. As a matter of a fact, I missed qualifying for the masters national weightlifting championships 8 times in the last 27 months.

I took my youngest son to his basketball tournament before my weightlifting meet. The game ran longer than I expected so I didn't have time to grab any food. I was worried about running out of energy after my snatches from not having food.

I felt great during warm ups. That was the first time in almost 18 months that I'd felt good and had decent form warming up for a weightlifting meet.

Coach Shane Miller set my first snatch at 86k. I made it easy. 2nd lift was a 91k. Shane told me if i made that lift i could attempt anything i wanted on my third. 2nd attempt was successful. On the third attempt I couldn't decide to go 96k or 98k. Shane said if I hit a 96 today I could shoot for a 100k at the next meet. I nailed the 96k no problem. Now that i nailed the 96k snatch I only had to lift a 111k clean and jerk to qualify for the ever elusive masters national weightlifting championships!

After the three snatches I started to warm up for the clean and jerk. I was running out of energy without anything to eat. A team mate of mine offered me a bagel. Man did that taste so good! My energy returned. He and his bagel probably saved my meet!

I was successful at my 1st and 2nd clean and jerks of 108k and 111k. The 111k qualified me for the masters national weightlifting championships!!!!!

Coach gave me the green light to attempt a 116k clean and jerk. A 116k would be a meet PR and tie a lifetime PR. I was successful! This was the first 6 for 6 meet I'd had in over a year and a half. It felt great to finally leave a meet feeling like I lifted to my full potential. I ended up breaking all 3 of the masters New Mexico state records, and of course qualifying for the master national weightlifting championships!

I'm going to see if coach Miller will let me lift again here in Santa Fe on April 23rd. I'd really like to attempt a 100k snatch and a 120k clean and jerk! Then after the April 23rd weightlifting meet I'm going to compete in the April 30th NASA N

I've worked at the penitentiary of New Mexico for the last 21 years.  I'm working on retiring. The only thing left to do for me to retire is sell my home on prison property. 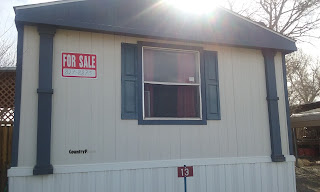 I know. I've posted on my blog that I'm retiring multiple times. I'm just so excited it feels surreal. The more I talk about it to my my friends and family the more believable and less scary it is. So, here it is one more time: once I sell my mobile home on prison grounds I'm retiring. Holly crap! I'm retiring!

I've been taking a lot of vacation time the last couple months. There's one thing I know for sure. I may retire from one career, but I'll never stop working. I hate being home alone all day. I love to work. It gives me a feeling of belonging. I'd rather be stuck at the prison another two decades getting piss and shit coctails thrown in my face by angry inmates than be fully retired staying at home twiddling my thumbs.

I pulled a muscle in my back last week. Then today I woke up with a kink in my neck and my shoulder that's so bad I can barely move. I'm relatively certain it's because I had put on a tremendous amount of strength when I was working with my former nutrition coach Barry Schroeder. Now that I'm no longer having him help me with my nutrition I've been losing strength and explosiveness and I'm more injury prone. I flippin' miss working with him! He always got the best out of me.

I'll be moving to Albuquerque next month and I'm needing to find a place I can train at for the times I'm not able to drive all the way to Santa Fe to train with my team.

On Sunday the family and I spent the night at my inlaws in Albuquerque NM and I had to find a place to train while I was there. I was also gym shopping. I called everywhere trying to find a gym that had drop plates, a bar that spinds, and is open on Sundays. There were none. But the owner of Iron Soul Gym told me he'd be willing to meet me at his gym on his day off to make sure I got my workout in. How cool was that?

It was so much different training without a coach and by myself. I'm used to training with a bunch of athlete's who also also love olympic style weightlifting. I missed the comeradery of the Miller Gym but the Iron Soul Gym was pretty awesome. It has 24 hour access, weights and bars that can be used for olympic style weightlifting, the membership is supet cheap, and the owner was super cool. I've found where I'm training at when I'm not able to drive to Santa Fe. The Iron Soul Gym.

my next weightlifting competition

Looks like I have a couple different options for my next weightlifting meet. I could compete on March 12th at the High Dessert Athletic Club in Albuquerque or i could compete on April 23rd at The Miller Gym in Santa Fe. Since my training may be inconsistent for awhile after we close on our new home in Albuquerque and we move I'm thinking I should do the earlier weightlifting meet in March.


Posted by Podium quest at 12:01 AM No comments: Links to this post

I took a couple weeks off right before the meet so I was expecting to lift poorly. But, somehow I still pulled off a few lifetime PR'S and a meet PR. I think most of my accomplishments at the meet had to do with having someone there to coach me who was knowledgeable and motivational. Vernon Smith coaches out of Grow Strong which is a weightlifting, powerlifting, and strong man gym. I met him at a few olympic style weightlifting meets. Then in December 2015 he was coaching some of his athletes at a NASA powerlifting meet. I didn't have a coach there, it was my first powerlifting meet. I was completely lost, out of my realm, and overwhelmed. Vernon asked if I wanted him to coach me. He saved my meet. He offered to coach my best friend and I at the 2016 US powerlifting association High Dessert regional powerlifting championships. I knew we were in good hands with Vernon.

Turns out I had to tell the meet director before my lifts that I was attempting state records. So even though the weights I lifted were state records USPA won't count my lifts as state records.
Posted by Podium quest at 11:50 AM 1 comment: Links to this post